Layers or as they are more formally known Optional Content Groups (OCG) is representing a collection of graphics that can be made visible or invisible dynamically by users of viewer applications. (This ca­pability is useful in items such as CAD drawings, maps, and multi-language documents) With the introduction of PDF version 1.5 came the concept of Layers. Form and image and annotations can be made optional too.

END_OF_DOCUMENT_TOKEN_TO_BE_REPLACED

Today I want to talk about important improvements in the current version of the PDF Creator Pilot Library.

It was always one of the weakest things about the Library – it demanded huge amounts of memory to work with larger documents. Quite often clients were not able to create a document consisting of more than 100 pages, because they did not have enough memory. In this version, we have managed to open up a bottleneck, which helped us significantly reduce memory requirements. In short, if a page contains a lot of graphics, it also contains a lot of page operation commands. Keeping all these commands in memory was the bottleneck. We cached the commands into a temporary file, and that solved the problem.

END_OF_DOCUMENT_TOKEN_TO_BE_REPLACED

Let me show you the process of creating of a COM component with Visual Studio 2008 using ATL and C++. 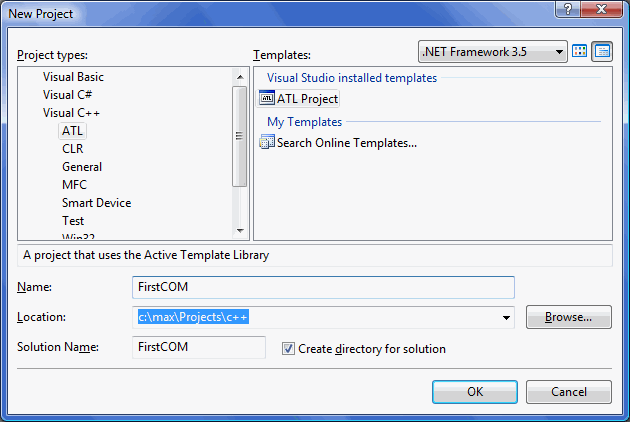 END_OF_DOCUMENT_TOKEN_TO_BE_REPLACED

This article describes the organization of the PDF Creator project and the tools that we use to develop and promote the product.

The life of a programmer would be unbearable without a source control manager :-). As of this writing, we have executed 2387 commits in the PDF Creator project using the Tortoise SVN, (http://tortoisesvn.tigris.org/). Since every mistake would cost a lot, we try to follow this rule – one that we would recommend to everyone: Always commit smaller portions of the code. Every commit must correspond to a single task!

This way it is (a) easier to find an error during rollbacks (every commit changes a small amount of source code), (b) often easy to discover an error before the commit just by looking at it, and (c) easier for colleagues to be aware of the changes in the source code, since all they have to do is read the comments and look at the smaller portions of the code.

Of course, this is not possible in all cases, and sometimes we do have to perform huge commits. Still this is a rule worth following. After all, it is one of the refactoring rules: Change smaller portions of the code, preserving its workability between sessions.

We use Mantis (http://www.mantisbt.org/). PDF Creator is the base for a number of other products – converters, virtual printer, etc. The number of its users is much higher than the count of those who purchased the base product. We needed to simplify communications between the developers and the users of the products.

END_OF_DOCUMENT_TOKEN_TO_BE_REPLACED

What you should know before deploying your .NET application that uses PDF Creator Pilot and HTML2PDF Addon to another server.

First, you need to install PDF Creator Pilot and HTML2PDF Addon to this server.
It is not necessary to run installer programs for those products, you may register in system corresponding dll files running commands (both on x86 and x64 versions):

Second, you need to re-create interop wrappers for these components. This can be done with standard .NET SDK utility – TlbImp.exe (C:\Program Files\Microsoft SDKs\Windows\v6.0A\bin\TlbImp.exe)
Example:

Note: It is not necessary to regenerate wrappers directly on the server, you may do it on the developer machine and copy theese wrappers to the server.

We don’t claim to be experts in PHP, and an educated reader might find this article to be a redundant description of evident facts. Nevertheless, we hope that this article may be of some help to somebody.

We wanted to check whether our library (this one) works well with PHP. END_OF_DOCUMENT_TOKEN_TO_BE_REPLACED

To do work with ASP.NET, we must perform three steps:

To create the Interop-wrapper of PDF Creator Pilot (i.e. a wrapper that would make it possible to call unmanaged COM-object code of the library from the managed code of an ASP.NET application), we should use one of the standard utilities from the .NET SDK – TlbImp.exe (C:\Program Files\Microsoft SDKs\Windows\v6.0A\bin\TlbImp.exe)

END_OF_DOCUMENT_TOKEN_TO_BE_REPLACED

Here I talk about various tools that may be used to develop the unit tests with C++, in particular about those that we use in PDF Creator, and about the way we deploy it.

As PDF Creator evolved, it started to become more evident that there was a need for an easy-to-use testing procedure. The huge code base, lots of clients, quirks of the PDF format and of the library itself — these were the factors that turned every change in the code into a difficult task. Currently, every time we release a new version (actually, even more frequently), we pass the library through a set of visual tests. Some tests produce PDF files; their quality and correctness may be checked visually. Other tests convert EMF files, producing a visible result, too. There are also ASP and VB scripts among the tests. The set of the tests grows constantly, however, even when the library passes through all of them OK, there is no guarantee that all the functions of the library have been retained.

END_OF_DOCUMENT_TOKEN_TO_BE_REPLACED

Hi, everybody! My name is Vitaly Shibaev. I am one of the developers of the PDF Creator library. In my first note, I want to talk specifically about version 3.9.

In my opinion, the most important improvement in this version is how it renders texts. Any kind of text renders correctly, as searchable and clipboard compatible. In general, the library generates smaller output files, especially when the CJK fonts are used.

END_OF_DOCUMENT_TOKEN_TO_BE_REPLACED

What do you want to use PDF Creator Pilot for?